The new Marvel series on Thor features a female as the newest holder of Mjölnir (Thor’s Hammer). The announcement on the new series came to the news by way of the morning talk show, The View. Sure, Disney owns both Marvel and ABC so its understandable that they would use their own network to release the information, but there are several ways that would’ve been so much better thanThe View. Let’s take a look at a few of those. 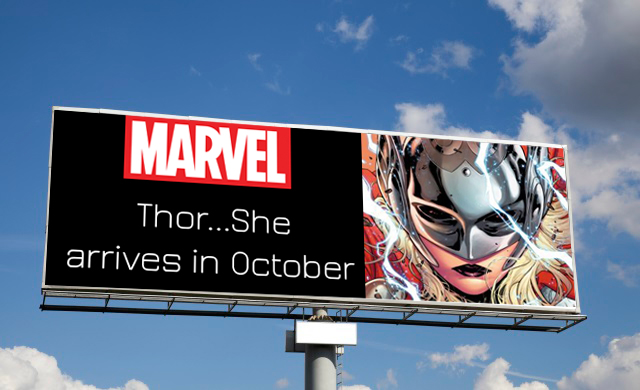 Can you imagine the buzz that would have started over a simple billboard? Billboards would have provided an excellent lead-in to an official announcement as it would have people the country over speculating on what the “She” means. This is one billboard I would have to pull over to snap a shot of and share with my friends. 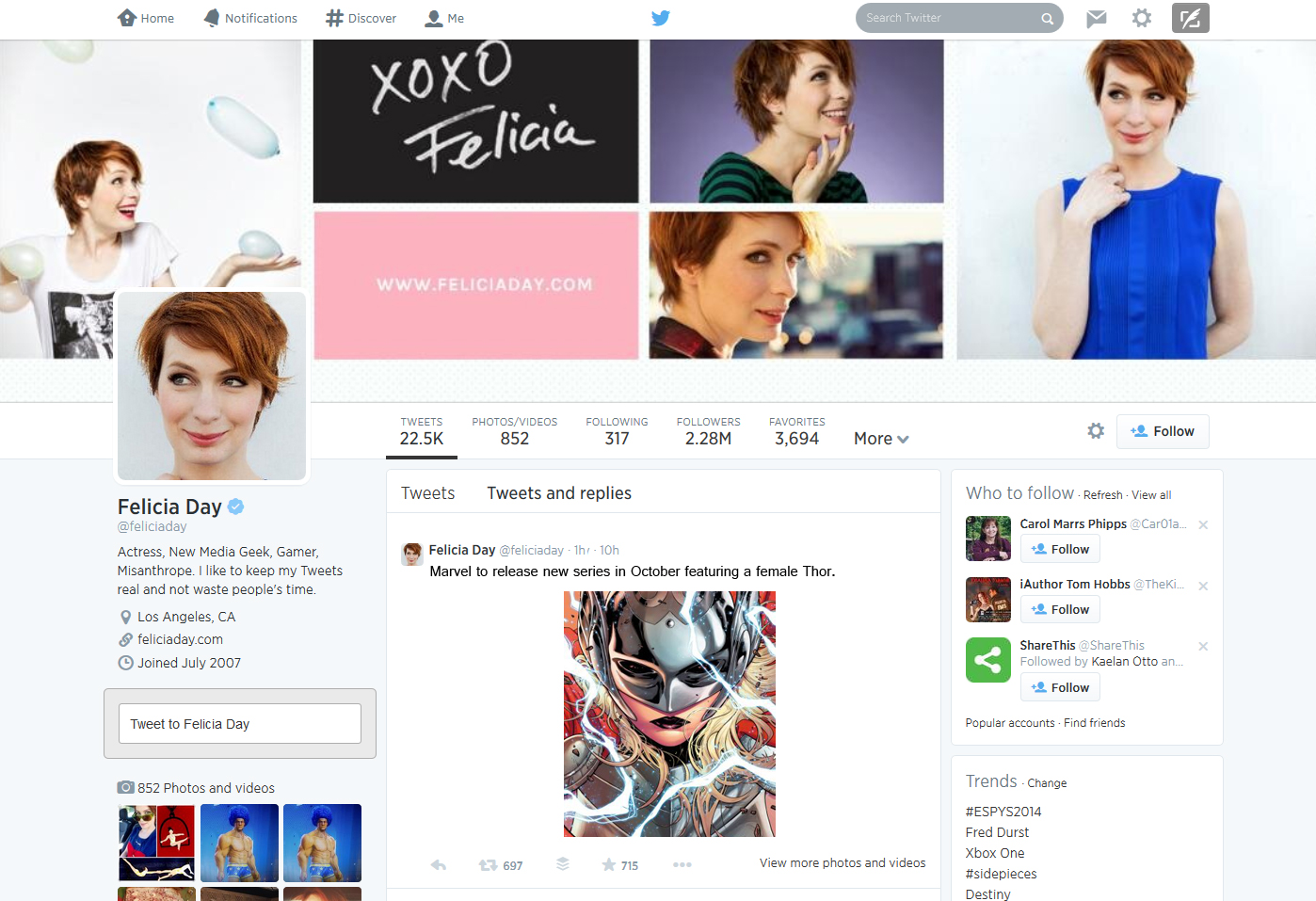 With over 2 million followers, Felicia Day would have been an great way to reach masses of people on the launch of the new Thor comic. With an impressive resume and a geek a lot of women can relate to, the respectability of the announcement would have maintained its integrity.

The SDCC of 2014 was just mere days away when Marvel released the new female Thor on The View. The announcement would have been awesome exposure at SDCC. Female incarnations of Thor aren’t unfamiliar to the cosplay floor. Marvel could hire an actress to cosplay the character in a lead up to the announcement.