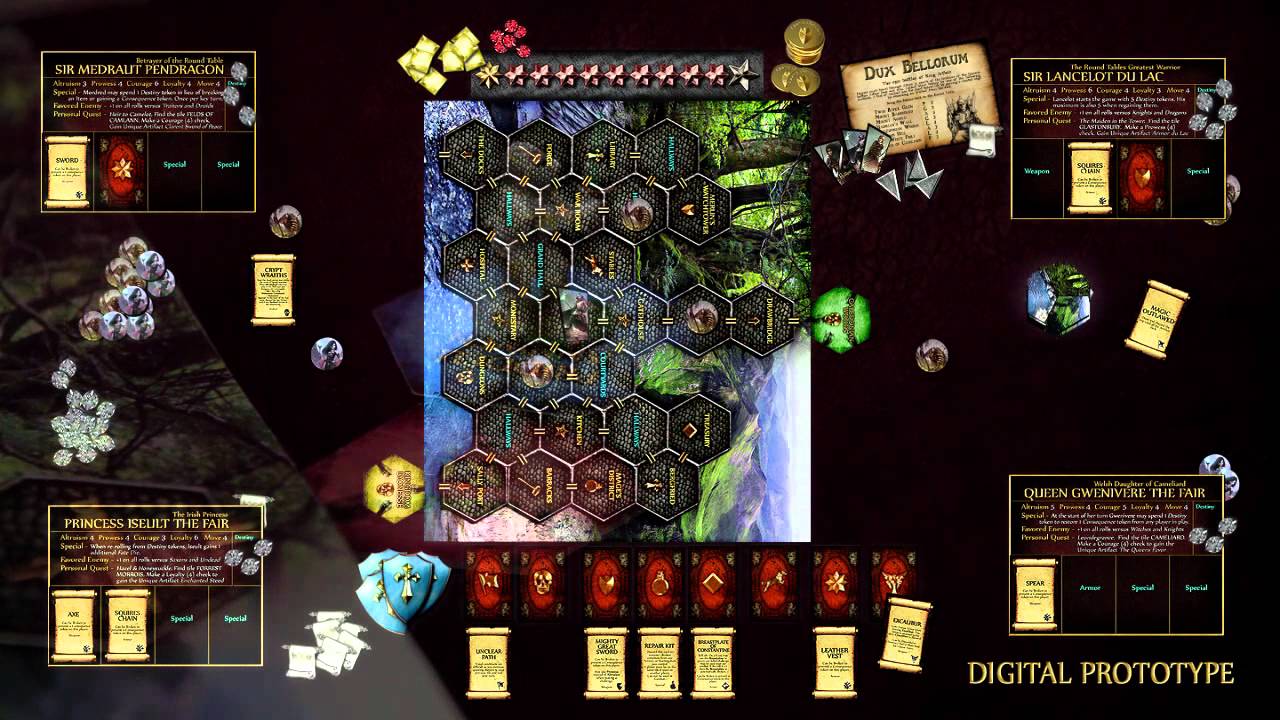 Kickstarter is becoming one of the go-to venues to get new projects funded. It is here that I discovered Albion’s Legacy, a new board game in development by Lynnvander Productions. Travel back to days of old. These are the days kings and queens ruled with true power. Magicians and knights were the saviors of the day. Enlightenment passed through the lands. The Authurian legends brought to life. This is Albion’s Legacy.

I got the chance to chat with head of Lynnvander Productions, Thomas Gofton. Thomas Gofton received his degree in Pyschology and Linguistics from University of Guelph in Canada. Just before graduating, he started his own production company Lynnvander, Inc. Thomas’s efforts in the film industry are in various productions of “The Gamers, including “The Gamers: Hands of Fate”, as well as “Mind’s Eye” and “Humans and Households”.

Albion’s Legacy is a story driven, construction-based co-op board game. Is that how you would describe it to a friend if you were running from a t-Rex?

Do you all play a lot of board games? If so, what games did you play that have inspired you in Albion’s Legacy?

TG: I do.  My team and I (which are actually my friends) have been playing board games weekly for years. We’ve played a lot of different games and have a few that we default to quite often.  My personal favs are: Betrayal at the House on the Hill, Arkham Horror(and all of that series), Space Alert and goes without saying.. HeroQuest.

See the complete interview at GameSkinny.com.