Elder Scrolls Online is a game where you will either love it or hate it. I played a fair amount during the closed beta period andshared my first impression. Since then, I have found my liking for the game to increase. Sure, the game has had its issues, but the positives have outweighed the flaws (or bugs).

Be the hero and save the world. That’s a theme that follows most MMOs and earlier Elder Scrolls games. The hero here is known as the Vestige and they have lost their soul to Molag Bal. It is the player’s job to decipher through the story to find out what happened to cause the chaos of Oblivion merging with Tamriel and to stop it.

While ESO is a MMO, parts of the main storyline are in single player instances. It kind of takes away from the social aspect of the game. Some parts of instances are also phasing based. This means that if you have completed that part of the story, your version of the instance is different from someone who has not passed it. This keeps players from being able to aid because they exist on essentially different planes. Developers are trying to change how phasing works so that people can help others who might be stuck in things they have already completed. 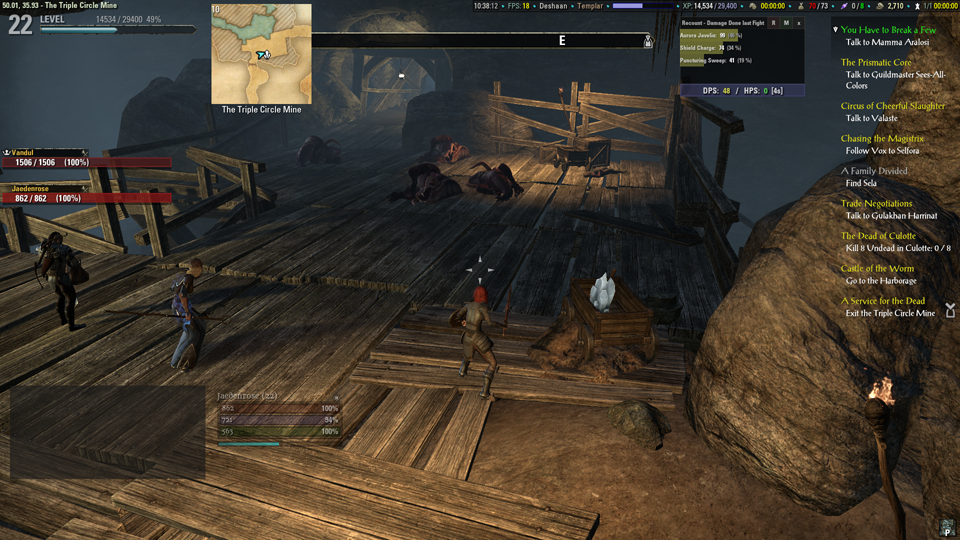 Only One Action Bar

ESO differs from other games by only allowing a player to use so many abilities at a time. This means a player has to spend more time to strategize their character’s abilities. A person has to spend a bit of time getting to really know his or her skills and how best to use them.

See the complete review at GameSkinny.com.