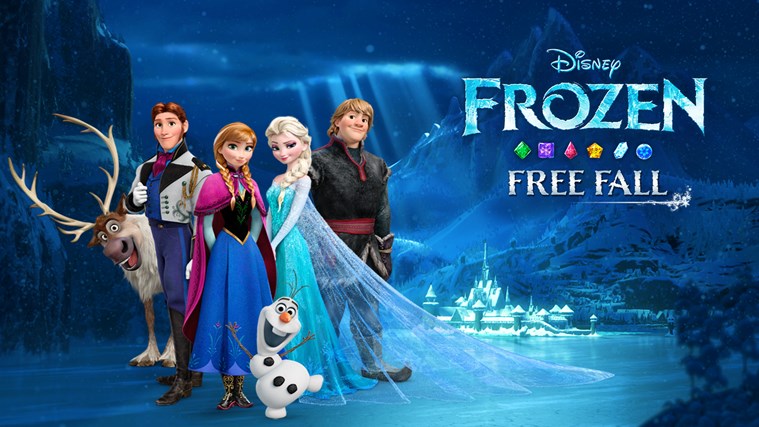 Disney has been actively jumping into the video game market. With the recent announcement of the 2.0 version of its successful Disney Infinity figurine game, the company isn’t slowing down. With a slew of mobile apps already on various markets, they added a new game in line with their newest animated film, Frozen, on November 20, 2013. Frozen Free Fall is available on iOS, Android, Amazon, and Windows stores.

Frozen Free Fall is a gem-drop puzzle game. If you have played one, you have essentially played them all. While it will not hold you riveted for more than a few hours in one sitting, it is a good game to pass some idle time. Some levels require a bit more thinking than others as you strategize the best way to reach that level’s goals. Some of these goals are:

Like many other mobile apps, some players might find their play time limited; power-ups and lives are in limited supply. One way to gain more is through the daily choice offered: you pick a square and get what is underneath it. Otherwise, you have to buy more by spending money through micro transactions that allow players to buy more lives and power-ups on a small-scale (such as 7 hourglass power-ups for example).

See the complete review at GameSkinny.com.