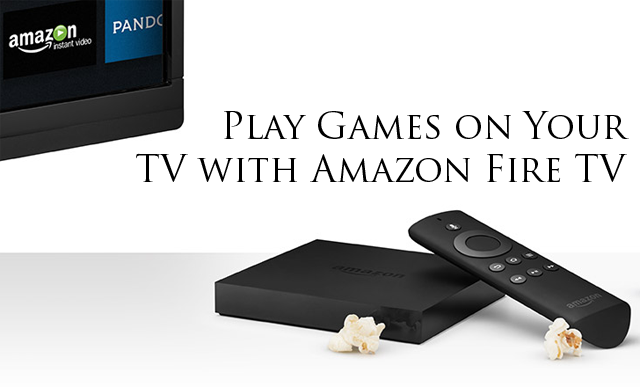 Joining the ranks of Roku and TiVo, Amazon brought the Fire platform off mobile and into the living room. Amazon released their Fire TV set-top box, which allows users to not only stream video to their television, but games as well. With voice search and instant streaming, this small device brings gaming to your television for the price of $99.

Developed on the open-source Android operating system, the Fire TV system provides gamers with a bunch of games from both big name developers as well as indie developers. Games more than likely already found in the Amazon app store on other Fire devices are available on the Fire TV. Games such as:

People familiar with the Amazon app store know that most games are free. The company says the average price for a paid game is about $1.85.

But with a Remote?

While the Fire TV comes with a remote that is usable to play the games, Amazon is selling a gamepad controller separately. Fashioned after the Xbox and Playstation controllers, the Fire Game Controller has two joysticks, a d-pad, and four game pad buttons. The price for the controller is currently set to $39.99. It also doubles as a remote to control other features of the device.