CD Projekt RED has set the release forThe Witcher 3: Wild Hunt. The game will be coming to players February, 24, 2015, available on PC, PlayStation 4, and Xbox One. Pre-orders are available for purchase. The Witcher 3 is being sold as a digital edition on GOG.com, as well as in box edition form with a choice of regular or collector’s edition.

This box is built with intentions to give more than just a case and a disc. All items in the box are created by the developers themselves. The box contains: 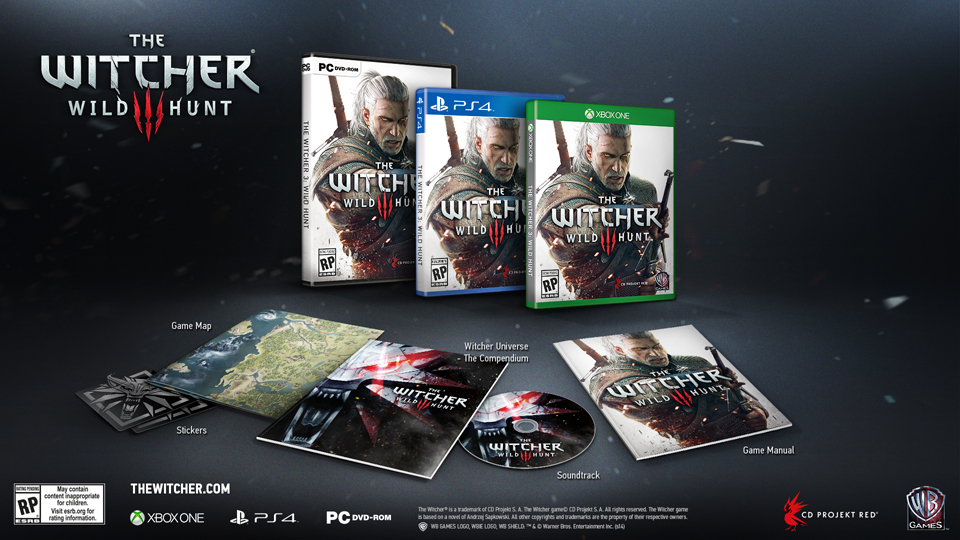 For players that want more maps and stickers, CD Projekt Red is releasing a nicely designed collector’s edition. Price to be announced.