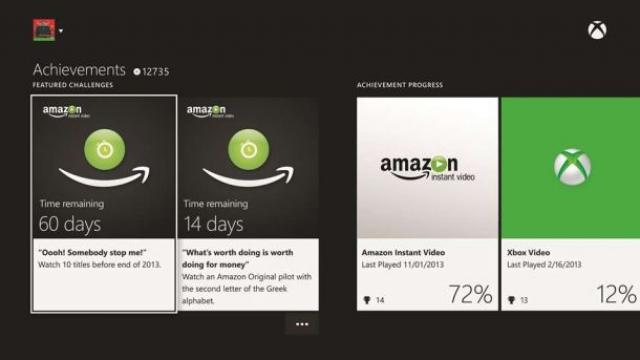 With the Xbox One launch just around the corner, more details are being released on Microsoft’s newest platform. One detail they have released is an update on achievements a user can earn while using their Xbox One. While gamers are used to seeing their achievements flash across the screen while playing video games, Microsoft is introducing media achievements.

Media achievements are non-game related. The header image above shows an example of what these media achievements look like. As you can see, it shows achievements received for watching videos on the Xbox One. We’ve seen in the past that Xbox added several options for video, like Amazon Instant Video and Netflix. The new media achievements give those partners a better way to interact with their consumers.