It has been confirmed: the YouTube app has been announced to be available for Xbox One release.

This announcement came with less than 48 hours left in the countdown to launch. One announcement of the pairing came from an interesting set up between the two official Twitter accounts @Xbox and @YouTube. 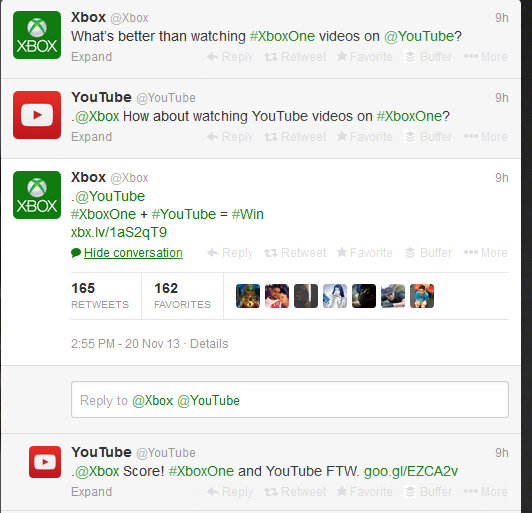 The YouTube app will be dedicated to the Xbox One. Videos will be able to be viewed at 1080p. While the YouTube app will be fully functional, a few features will come at a later date. One such function will be the use of “Snap Mode.” “Snap Mode” is the Xbox One feature that allows users to do one thing, such as watch YouTube videos, while multitasking on the console (perhaps in the middle of a Skype call or web search).