This week, TCC is taking you back, way back, to the awesome geek cult classics of the 1980s. It was a decade of gaming revolution, geekery, and outrageous fashion (even today’s fashion can’t touch the 80’s). The Goonies was the ultimate kids’ movie. I am not a kid today but I still love to watch it.

From hidden treasure to pirates and criminals to booby traps, The Goonies provide the ultimate in childhood suspense. The film featured mostly (now) well-known 80’s actors on the casting list: 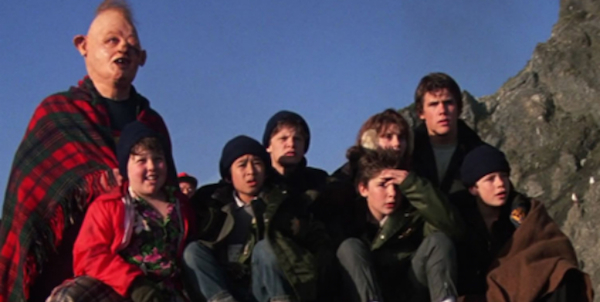 For most of the cast, The Goonies were one of their first movies. Corey Feldman, Robert Davi, Joe Pantoliano, and Anne Ramsey all had acting gigs prior to the movie. Jeff Cohen and Kerri Green did not have a lot of acting jobs after the movie.

The story begins with a neighborhood of homes in danger with an offer to be purchased. The neighborhood is known as the Goondocks which gives the residents the nickname of goonies. The kids are hanging out at Mikey’s house whose dad is a museum curator in the town. They go through the neat stuff in the attic when Chunk breaks a picture frame that leads to the gang finding the map.

One-Eye Willy, a pirate of legend, hid his stuck ship with a huge mass of treasure on board. The cave leading to his ship as well as the ship itself were filled with booby traps and tests. The gang must pass them all to reach the treasure in hopes to save their homes.

A criminal family by the name of Fratelli does not make the already rough journey any easier. The entire journey, the family follows Mikey and the gang to try to get the treasure for themselves as well as kill the children.

Unable to collect the treasure, the gang flees the cavern for their lives. While Mikey’s dad is about to sign the papers to sell the houses, the maid Mrs. Walsh hired to help pack finds the marble bag filled with old jewels of rubies, diamonds, emeralds, and sapphires. Mr. Walsh tears up the papers and the whole crowd witnesses the pirate ship sailing off into the horizon. 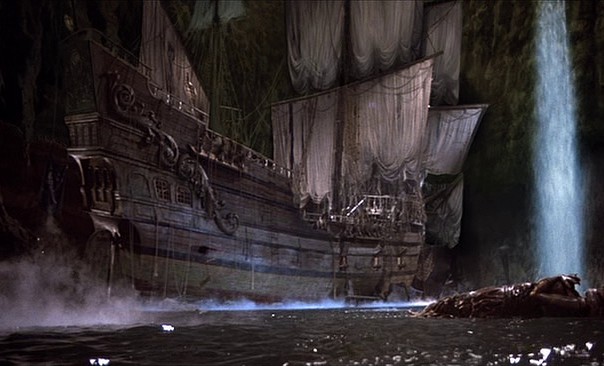 The Goonies had lots of movie moments that people remember. One of the biggest comedic moments is likely to be the Truffle Shuffle that Mouth had Chunk perform to gain admittance to Mikey’s house before they found the treasure map.

When the gang reaches the bottom of the wishing well, Troy (Andy’s supposed boyfriend from the beginning of the movie) sends down the bucket so they can climb out of the bottom. Mikey is not willing to give up his quest to find “the rich stuff.” Mikey gives a speech to the gang about how their lives are about to change.

“The next time you see sky, it’ll be over another town. The next time you take a test, it’ll be in some other school. Our parents, they want the bestest stuff for us. But right now they gotta do what’s right for them, ’cause it’s their time. Their time, up there. Down here it’s our time. It’s our time down here. That’s all over the second we ride up Troy’s bucket.” – Mikey Walsh, The Goonies

Data’s idol is James Bond, as shown by his 007 belt buckle device from the beginning of the movie. Data invents all sorts of devices like slick shoes and pinchers of peril. Data usually was the one of the gang that experienced brushes with death throughout the whole movie. He gets his inventive spirit from his inventor dad.

Chunk and Sloth Save the Day

Early in the movie, Sloth is locked up and watching a pirate movie. The Fratelli’s are trying to force the gang to walk the plank. “Hey you guys” is yelled out by Sloth just before he slides down the main sail with the blade of a knife while Chunk holds on to his back. The gang ends up jumping from the plank to escape the Fratelli’s.

The water slides from the bones piano led the gang to One-Eyed Willy’s ship. The water slides looked like so much fun that I had always wanted to do something similar. All of the group had such stunned looks on their faces to actually find the ship before they began to celebrate. 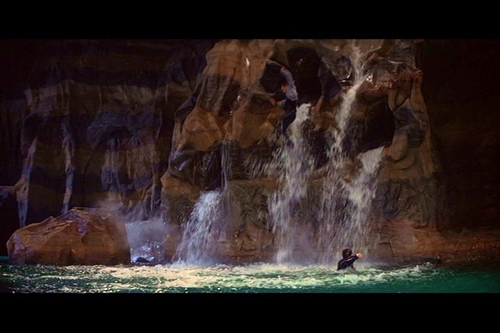 The Goonies started me on my love for pirate movies. Even today, I can watch the movie with enjoyment like I did when I was a child. One thing I never understood though was how they could let that ship just sail off. If I was one of those parents, I would have been staking my claim and doing something to catch it.

Overall, it is still a great movie that I still allow my kids to enjoy and watch.